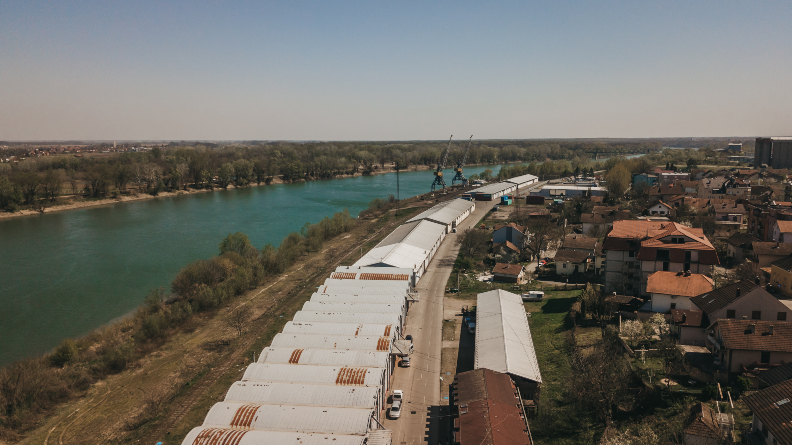 The Port of Brčko was built in 1913 and was upgraded during the period from 1952 to 1962. In 1953 the river transport and docking company was established, when the shore of the port began to be used for traffic.

Going through various organizational changes, the port has been operating as an independent organizational unit since 1973, with a new reorganization in 1991. In 2001 the port was rebuilt after the war, and since 2004 it has started operating under the name of the Public Company "Luka Brčko", District of Bosnia and Herzegovina. Since 2006, the Port of Brčko has had an international status.