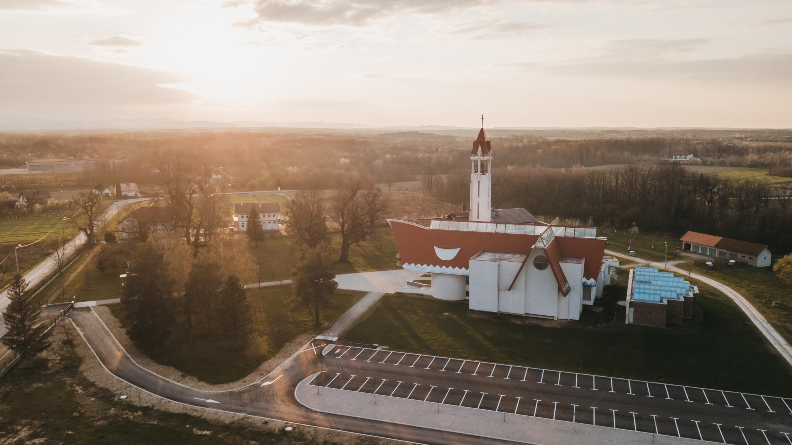 The Franciscan monastery is located in the village of Dubrave, some twenty kilometers away from Brčko. The monastery is a successor of the fourteenth century monastery in Skakava.  It was mentioned in the lists of monasteries dating from 1385. In 1846, after the parish was moved from Skakava to Dubrave, a parish house was built in Dubrave. In 1869, instead of the old wooden church, a new stone church was built.
A new parish house was erected in 1906 and a new church in 1927. After the church was demolished in the 1990s, the construction of a new building began in 2002.
The new parish house was built in 1978, and in 1982 a monastery was established as a revived institution that once existed in Skakava. The monastery was renovated and expanded in 2002. Since 1983, the monastery has housed the Šimun Gallery, with about eighty valuable exhibition items that vary in artistic style. The gallery preserves a Franciscan tradition that is more than six centuries old.