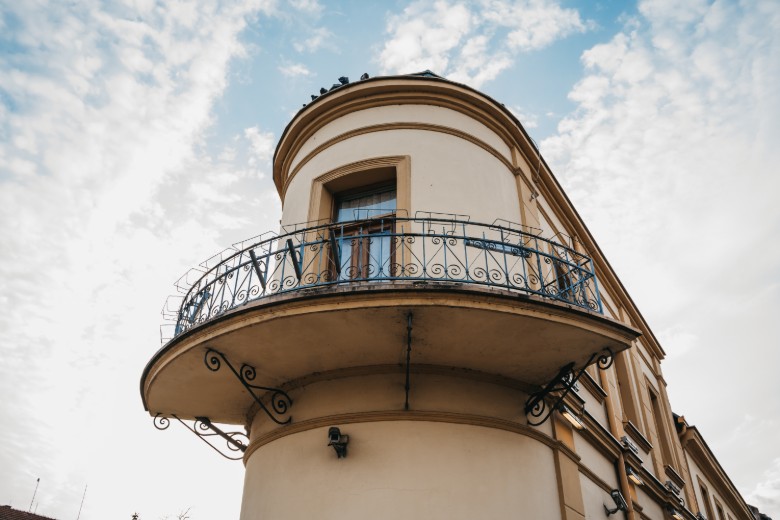 Islahijet is an architectural ensemble located in the settlement Kolobara, near the mouth of the Brka River into the Sava. The architectural complex, dating from the Austro-Hungarian period, consists of: the Islahijet Center, four residential and commercial buildings with warehouses and a row of buildings across from the Islahijet Center (two commercial buildings with their sites and the remains, and plots bordering them).
All buildings were built separately, in different periods, with the same number of floors (the ground floor plus 1), irregularly shaped with different angles of wall surfaces and different treatment of facade surfaces, plastic and roof planes.
The Islahijet Center was rehabilitated in 2009 by completing the first phase of reconstruction (exterior facade works, carpentry and most of the interior work), while the rest of the complex is in poor condition.
Islahjet has been designated a National Monument of Bosnia and Herzegovina.